When Emily’s Mother was diagnosed with Younger Onset Alzheimer’s Disease she quickly discovered forgetfulness was only one of the many symptoms taking away her quality of life.

It was early December and Emily had dropped in to see her Mum at home. “What day is it?” Ally asked. “It’s Friday Mum” Emily responded. A seemingly simple question ­­– however, this was the 3rd time that morning she had to reassure her Mother of what day it was. Despite her daughter’s best efforts to disguise it, this time Ally clued on to that she had forgotten. The frustration and denial that followed became an important lesson in that despite having Alzheimer’s Disease, all Ally truly craved was her independence.

Emily noticed the pattern that being reminded of simple things often proved too much for her Mum. As her Younger Onset Alzheimer’s disease was slowly taking away her freedom, she certainly wasn’t going to allow it to take away her tenacity.

Possibly the most troubling issue was her weight-loss as she essentially forgot to eat and drink. At one point, Ally was down to 47kg from her usual 62kg. This was the final prompt to push Emily into action. If her mother wasn’t going to be told by family members – then perhaps there was another way.

Using her lived experience with her Mother – the concept of the Dawn Reminder Clock was born. Whilst calendar clocks had existed for decades, they didn’t address the associated issues of Alzheimer’s Disease that inevitably steal the persons independence such as remembering to dress, eat, drink, sleep, take multiple medications and remember appointments. 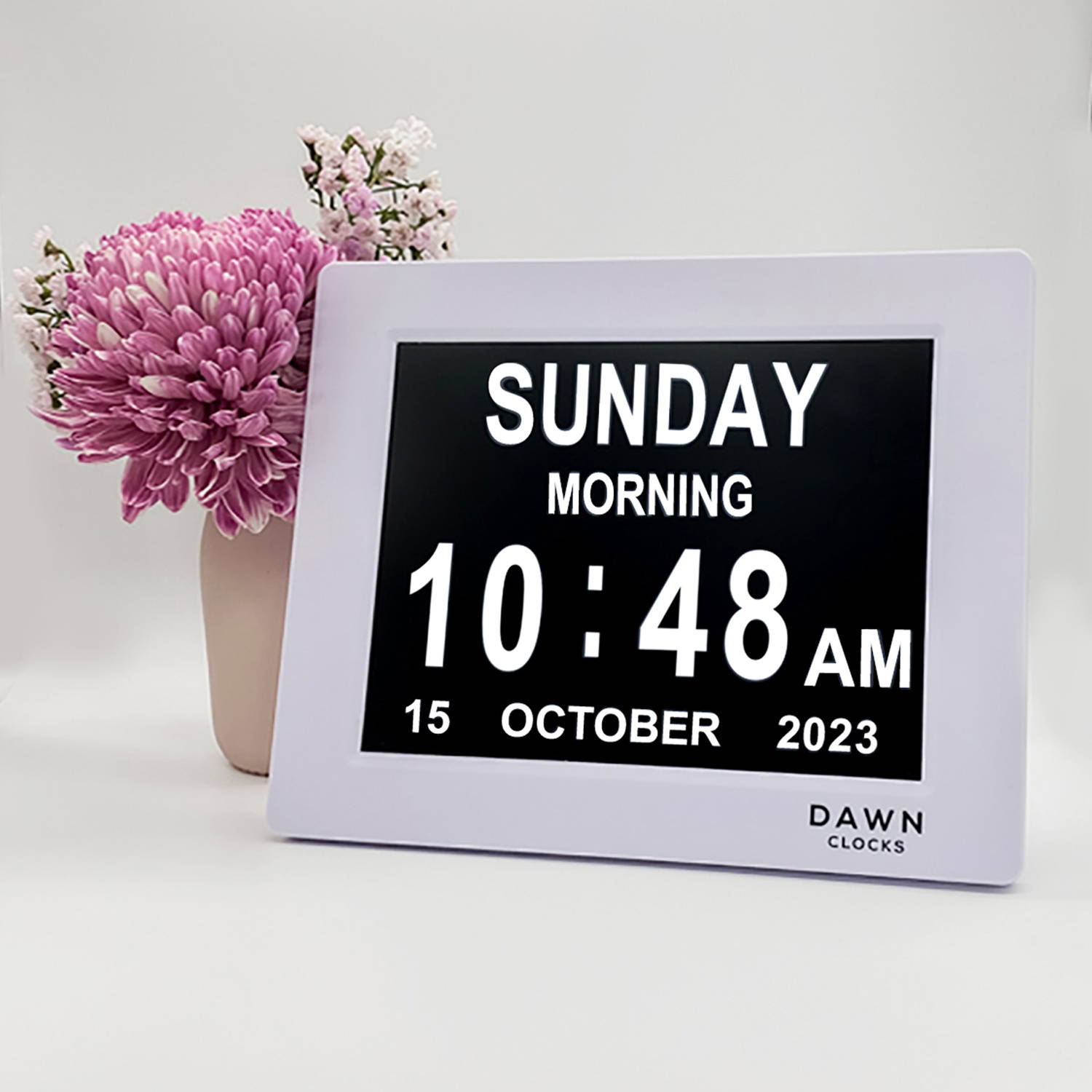 Emily says that whilst some aspects of quality of life can suffer, there are many ways to actually improve life when caring for someone with Alzheimer’s Disease. “The most important thing is to acknowledge that the person still has needs just like yourself. Don’t assume that they don’t know what they want.” One of the many benefits of the Dawn Clock is that it enables the person to maintain choice and control for as long as possible. The Dawn Clock has been praised by carer’s alike, as the notable reduction in frustration for the person living with Alzheimer’s Disease has in-turn allowed for a more rewarding caring experience.

As of 2019, approximately 27,247 Australians were living with younger onset dementia. (Source: Dementia Australia) 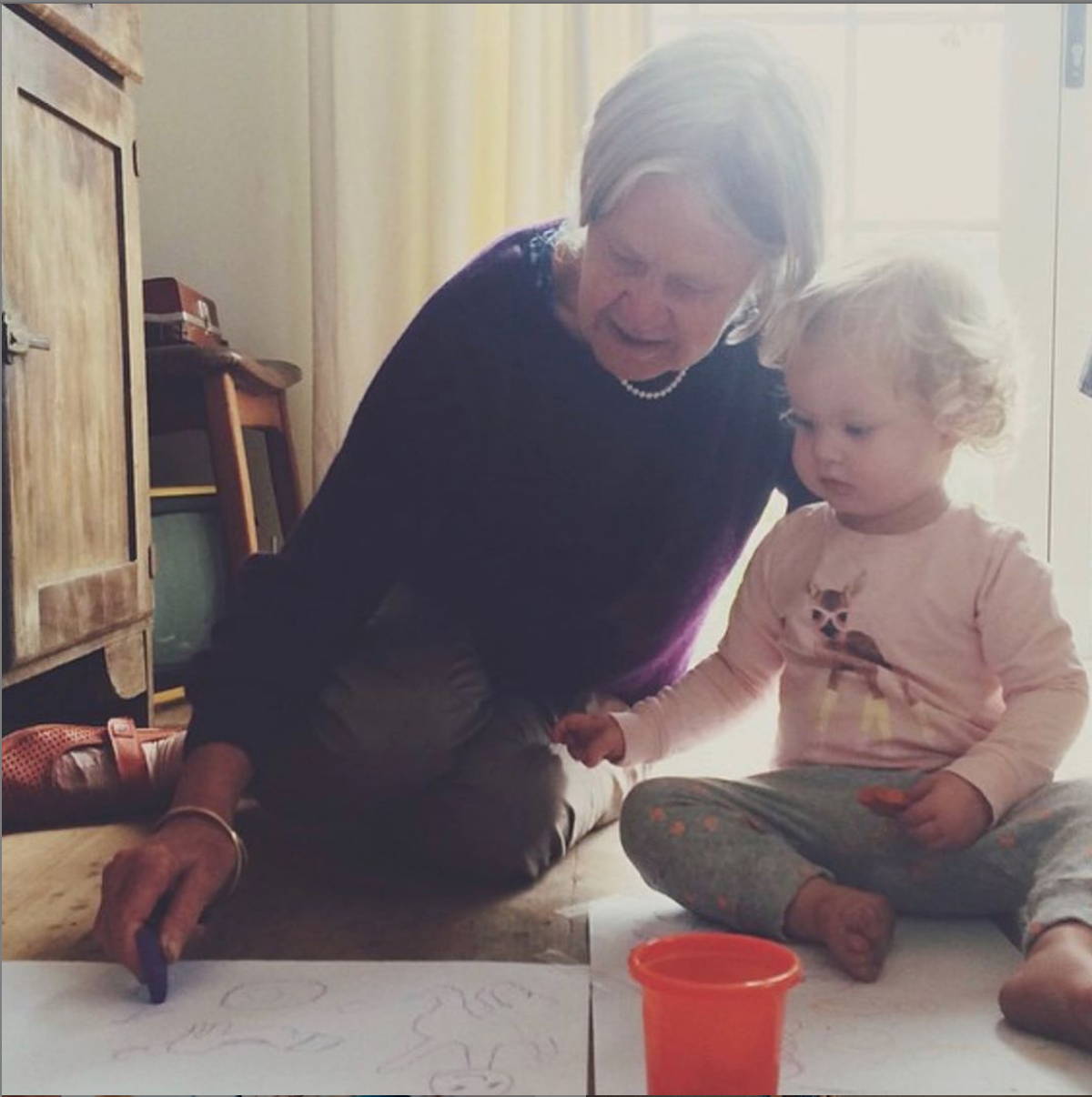 Image: Ally shortly after her diagnosis with one of her Grandchildren

Emily noted “It really is a double-edged sword for families of people living with Younger Onset Alzheimer’s Disease. It usually comes at a time when the person’s children are starting families or building lives of their own, making it extremely difficult to be able to care for their loved one. For me, there is an immense sense of loss that my children will never know the enduring love of their grandmother.”

Alison passed away just 6 weeks shy of the birth of Emily’s 3rd child in October 2017. Emily continues Dawn Clocks in memory of her Mother in the hope that her donations to Dementia Australia will someday help find a cure for the many families touched by Alzheimer’s Disease and Dementia. You can find out more about Dawn Clocks at www.dawn-clocks.com

This story was also featured in The Senior: